St. Andrew’s hosted its first Alumni Career Day! Thank you to the alumni who shared information about their careers with our sixth, seventh, and eighth grade students. It was wonderful to have so many alumni back on campus! 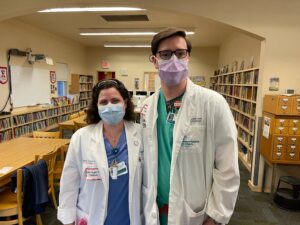 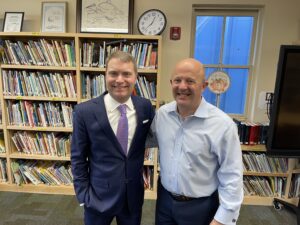 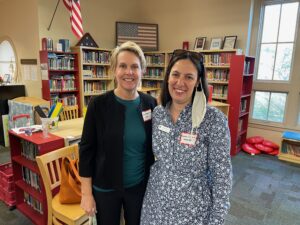 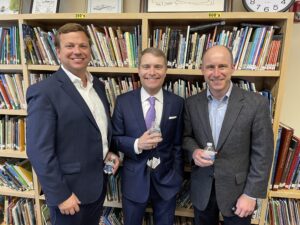 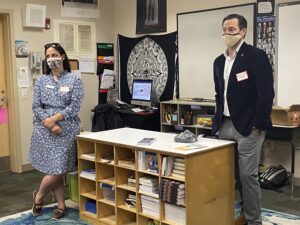 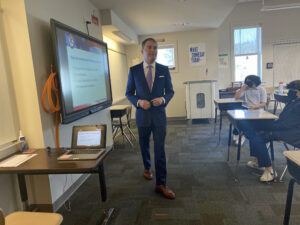 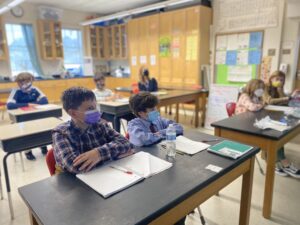 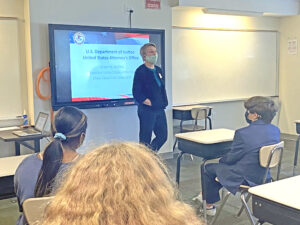 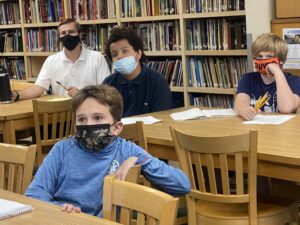 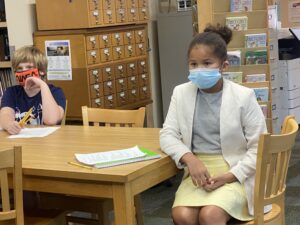 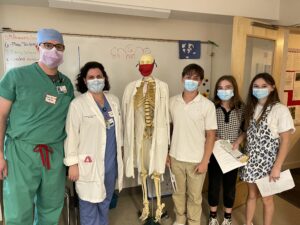 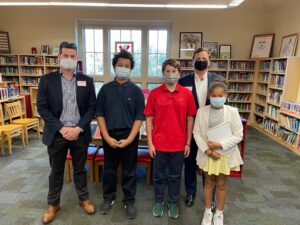 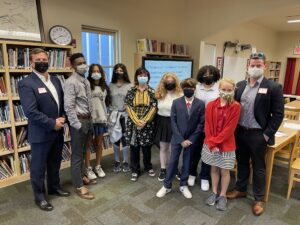 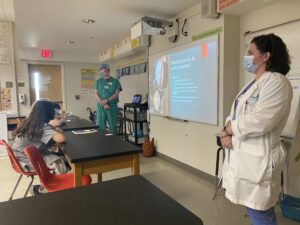 Seth Bosworth attended St. Andrew’s from 1987-1989. He subsequently attended Lusher Elementary and Middle School before attending and graduating from Benjamin Franklin in 1999. After high school Seth attended Miami of Ohio earning a bachelor’s degree in economics in 2003. After taking a couple of years to figure things out he went to Tulane University and received a Master’s in Finance in 2007. Seth has over 14 years of banking and real estate development experience. Eight of those years in his current role as a VP of Asset Management at Capital One.  Even though Seth left St. Andrew’s School in 1989 he stayed active in the community. Seth served as an acolyte in the church and achieved the rank of Eagle with Troop 48. Seth currently serves as the Chairman of the St. Andrew’s Epsicopal School Board.

Graham Ralston joined Regions Bank in 2013 as Commercial Banking Executive for the South Louisiana Market and was also named New Orleans Market President in early 2016. Prior to joining Regions Bank, he led a commercial banking group at Whitney Bank in New Orleans, where he began his career in 1997. Mr. Ralston is a graduate of the St. Andrew’s class of 1987 and Jesuit High School. He earned a BA in Economics from the University of Texas at  Austin and an MBA from Tulane University. He also earned a CFA Charter in 2006 and is a past President  of the CFA Society of Louisiana. Mr. Ralston is a member of the Business Council of Greater New Orleans and is currently serving on the  boards of GNO, Inc., the Bureau of Governmental Research, the NO/LA Angel Network, the Regional Loan  Corporation, University of Holy Cross and the Academy of the Sacred Heart and is also a past Board President of the Preservation Resource Center.

Kate Argote, PA-C is a New Orleans native and certified physician assistant. She attended McGehee and Sacred Heart after graduating from St Andrew’s in 1995. After pursuing other interests following receiving her BA in psychology at the University of Mississippi, she returned to her first love of medicine and completed her Masters in Physician Assistant Studies at South University in Richmond, VA in 2019. She currently works in Neurology at Touro and New Orleans East Hospital and sees outpatient neurology patients in clinic. She previously worked in urgent care in New Orleans East. In her free time, Kate enjoys volunteering with the Junior League of New Orleans, watching Saints and SEC football, raising monarch butterflies and spoiling her standard poodles.

Duncan Pace graduated from St. Andrew’s in 1999. He subsequently attended Isidore Newman and graduated in 2005. After high school, he became an EMT then Paramedic and worked for both West Jefferson Medical Center EMS and New Orleans EMS. He attended Delgado Charity School of Nursing graduating in 2014. After working in critical care nursing for several years, he attended LSU-Health New Orleans School of Nursing, graduating in May 2021 with his Doctor of Nursing Practice degree in nurse anesthesia. He is currently employed as a certified registered nurse anesthetist (CRNA) at Children’s Hospital in New Orleans.

Brian Klebba ‘85 (confirm this with him)

Brian Klebba has been a prosecutor for twenty-three years. Currently, he is the Chief of the Financial Crimes Unit and the Project Safe Childhood Coordinator for the U.S Department of Justice, U.S. Attorney’s Office for the Eastern District of Louisiana. . He began his career in 1998 as an Assistant District Attorney with the Erie County District Attorney’s Office in New York. AUSA Klebba graduated with a B.A. in 1995 from the University of Rochester and earned a J.D. with Honors in Moot Court in 1998 from Loyola Law School where he was Coach of the National First Amendment Moot Court Team, a law faculty research assistant, a teaching assistant, and the winner of the Award for Excellence in Law and Education. Brian is also an Associate Professor at Tulane University where he teaches classes on the law.  He graduated from St. Andrew’s in 1985 before going on to Isidore Newman for High School.

Jenny Martin Stolier graduated from St. Andrews in 1982 and Isidore Newman high school in 1988. She knew she wanted to earn her undergraduate degree in Journalism and chose the William Allen White School of Journalism at the University of Kansas, where she attended as the third generation of her family to proudly scream “Rock Chalk Jayhawk” at every KU basketball game. After college and a brief stint in Aspen, Colorado where she got to ski to work at a cafeteria on Snowmass mountain and play lots of Ultimate Frisbee on the weekends, she traded in her skis and frisbees to join the “real world” and put her college degree to use. After working for seven years in advertising, marketing and corporate communications in New York and New Orleans, she decided to get a law degree. After graduating from Tulane Law School in 2002 she has worked for both private law firms and government regulatory agencies for 19 years. She currently practices healthcare law in a small law firm representing physicians and other health care providers, hospitals, health care organizations and businesses in transactional, regulatory, administrative, and judicial proceedings.

Wade Wootan has 28 years of experience advising senior leadership and providing legal advice in the higher education and health care sectors.  Wade is a Louisiana-licensed attorney who earned his JD from Tulane Law School, BA from Duke University, and high school diploma from Isidore Newman.  He also is a 1979 graduate of St. Andrew’s.   Wade currently works for Tulane University and oversees the Office of Global Affairs and Regulatory Compliance.  He chairs Tulane’s 2 international committees that advise traveling Tulane employees and students so that their work and study abroad is safe, secure, and complies with U.S. and host country laws.   Wade also is an avid, life-long runner who was captain of the cross country and track teams at Duke and Newman.

Lenora Costa has worked at Longue Vue House and Gardens since 2005 and currently is the Curator and Historian. She graduated from the University of Delaware where she received a BA in Art Conservation and Museum Studies with a minor in Material Culture. At Longue Vue, she presents exhibitions, maintains the collections and archives and works with all departments to present the story of Longue Vue and its history. Lenora is a graduate of the St. Andrew’s class of 1995 and McGehee.

Kearney Gay is currently the Director of Development for Team Gleason here in New Orleans. Prior to joining Team Gleason, Kearney spent time raising critical funds for Tulane University and the American Red Cross. Kearney has a Masters Degree in Sports Administration, is a long time tennis pro and father of three. Kearney is a graduate of the St. Andrew’s class of 1993, Metairie Park Country Day, and the University of Mississippi.